Pre or post FX: which effects belong before the amp and which in the FX loop?

Simply put, the order of effects in combination with guitar amps is a matter of taste, but there are still a few basic insights on the subject that can be used as a guide.

Guitar amps used to have no effects loops (FX loops), so all effects were connected before the input of the guitar amp. If you put several pedals in front of an amp in a row, it should be noted that it sounds more natural if you put pedals with little gain (like compressors or boosters) at the beginning and pedals with more gain (overdrive/distortion) afterwards. The following picture shows a typical effect sequence for the use of pure pre-effects: 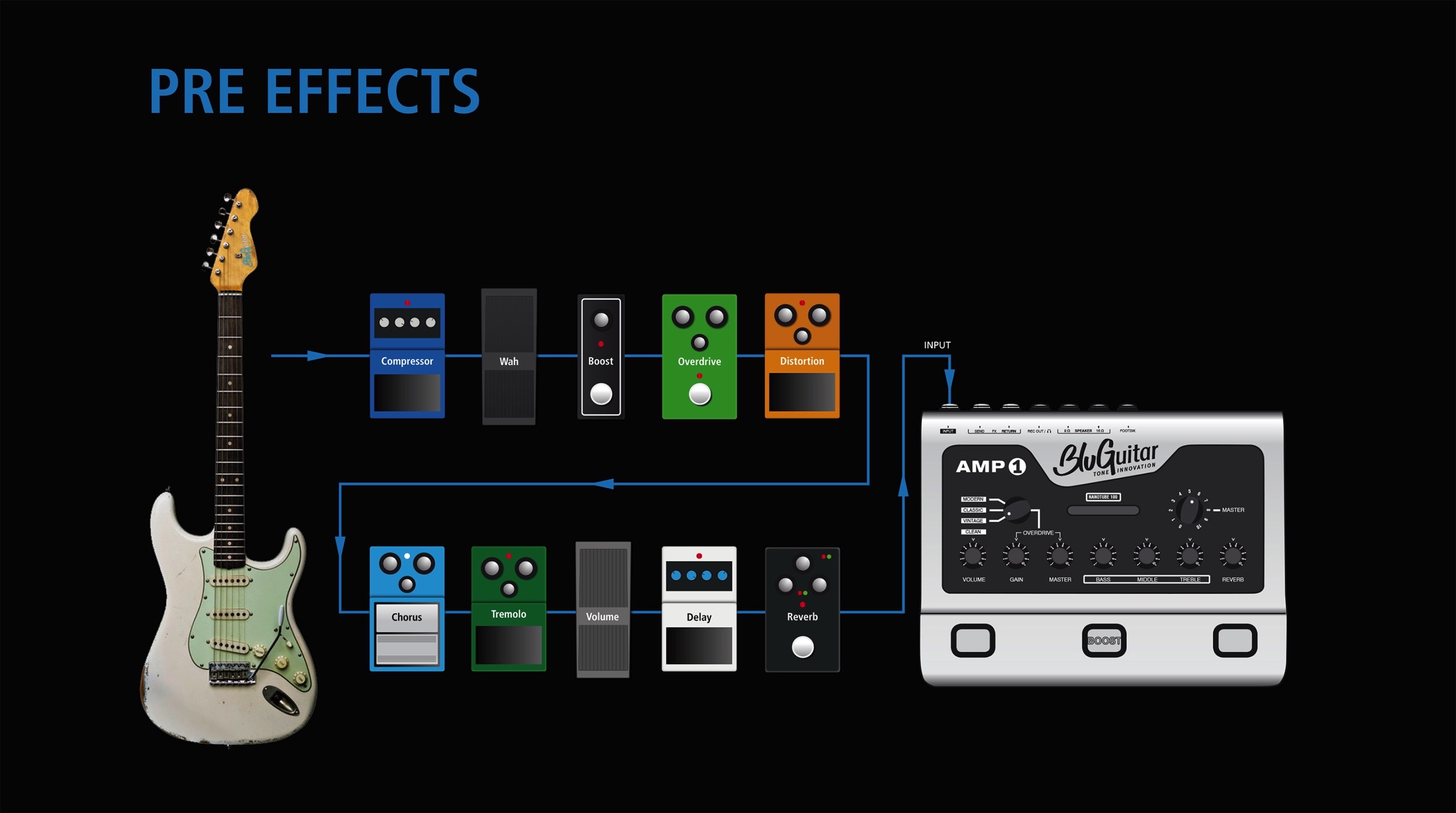 In the 1980s, some guitar amp manufacturers began to fit amps with an insert path that was placed after the preamp and before the power amp. At this point in the signal chain, the effects sound much cleaner - comparable to post effects used in mixing in the recording studio. Time-based effects like delay and reverb are usually placed in the FX loop.

With chorus, it's a matter of taste whether it's placed before the preamp, where it sounds dirtier the more overdrive is used, or whether - typically 80s - it's placed in the FX loop.

The image below shows an example of an effect sequence for amps with an FX loop: 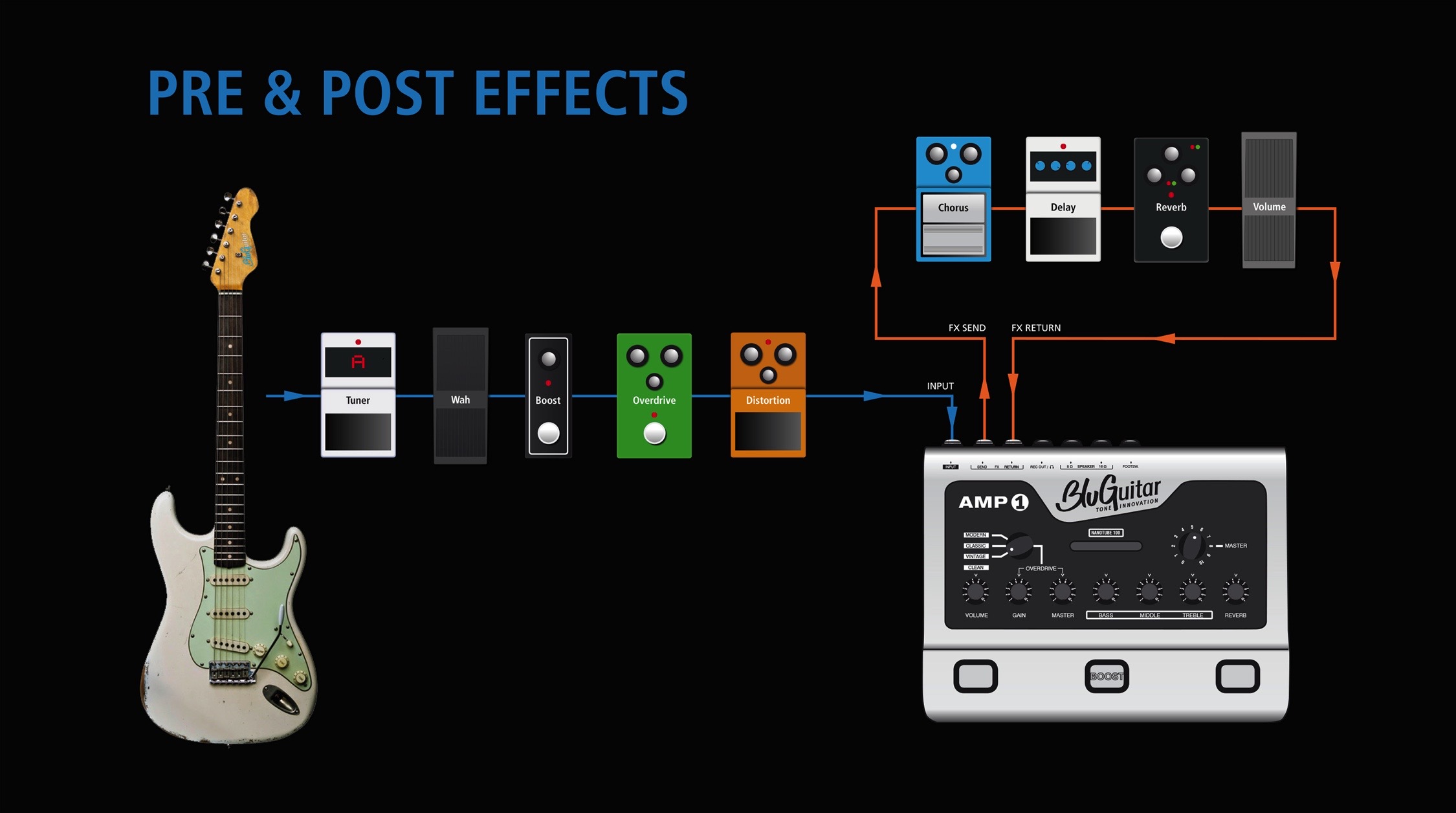 The AMP1 has an FX loop, so all possibilities are open to the AMP1 user.

There is an FX loop level switch on the underside of the AMP1, which can be used to switch the sensitivity of the effects loop from -10dB to +4dB. It is in a recess to prevent accidental activation. To actuate the push-push switch, you need a long, thin object such as the jack plug of a guitar cable.

The switch prevents effects devices or pedals that are primarily designed for use in front of the amp (e.g. Nux Time Core, BOSS DD2 or vintage preamp effects in general) from starting to muddy because they cannot handle the input level of the FX loop (see also mashing effects device in the serial FX loop). If the FX Loop Level switch is set to -10dB in such a case, the problem is usually resolved.