What is the "4-cable-method" and what is it used for?

With the 4-cable method, the guitar is connected to the input (INPUT) of the effects device (cable 1). Here the signal goes through so-called pre-effects, i.e. effects that are usually placed in front of the amplifier, such as compressor, overdrive/distortion or wah.

Then the so-called loop effects (e.g. modulation effects, reverb, delay) are run through in the effects device before the signal is sent via cable 4 from the OUTPUT of the multi-effects to the RETURN socket of the amp. The output stage of the amplifier is then controlled from there. 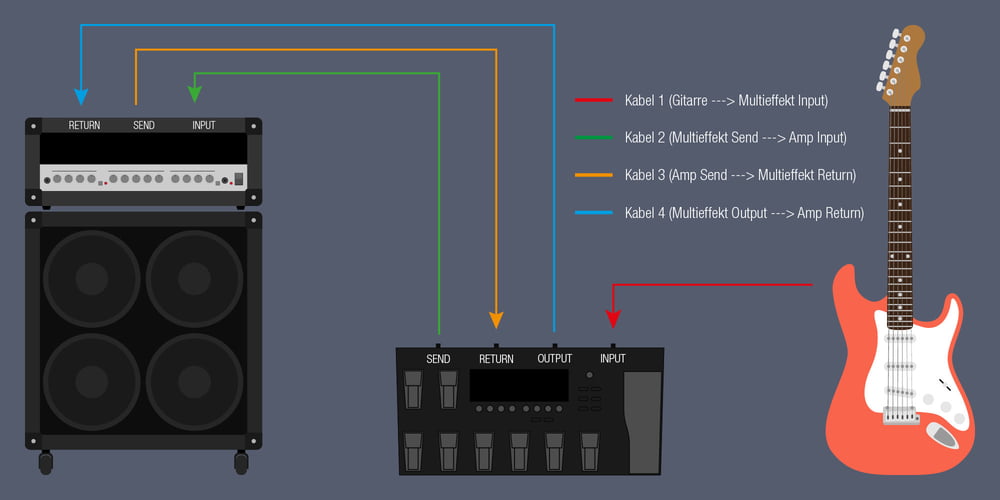