Is it true that tube amps have to be played loudly in order to sound good?

You often hear - and can read again and again - that guitar amps, especially tube amps, have to be played loudly in order to sound good... or, conversely, that tube amps don't sound good when played softly. Since this very generalized statement is not true, we would like to take a closer look at the topic and give you a few pointers as to where this statement comes from and what is true - and what is not. 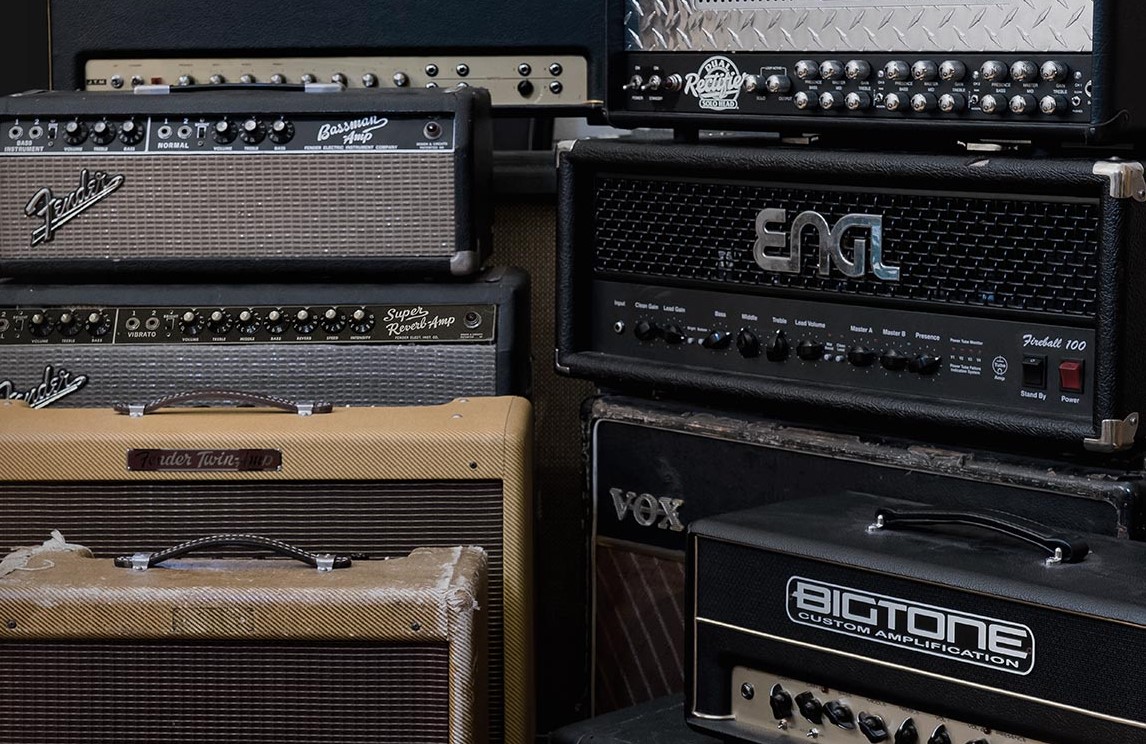 With regard to a certain sound ideal, it is true that a tube amp sounds better when it is turned up so far that the power amplifier begins to compress and go to saturation: the vintage sounds of the 60s and 70s were created in this way. Full and round tone, singing overtones and fat lead sounds are the result of power amp compression. It is a widespread - but equally false - rumor that a good guitar sound always needs power amp compression.

Is it really vintage or more modern?

Rather, this is most likely to apply to the vintage sounds mentioned above, but less to more modern guitar sounds. After all, anyone who has ever heard and, above all, felt power amp compression will find that it is also characterized by fluttering, loose bass and may be "harder" to play. Not all guitarists like this!

Another sound ideal has established itself in modern guitar sounds: the tones have become tighter and tighter. Compressive distortion devices such as the Tube Screamer are placed in front of the amp, and the amp's clean channel is often used as a pedal platform. Output stage saturation becomes less important and is often even undesirable.

With the Mesa/Boogie Dual Recifier, for example, which played a key role in shaping the nu-metal sound of the late 90s and early 00s, the output stage was usually switched from tube rectifiers to silicon rectifiers because it then reacts more tightly. In this way, the sound ideal of modern rock and metal sounds comes closer into view.

The BluGuitar AMP1 is designed in such a way that the saturation and compression, which makes the amp sound round and fat, unfold even at low volumes, which means that the AMP1 sounds really good even at room volume.

Those who like the vintage sounds of the 60s and 70s will find them uncompromisingly in the AMP1 Silver Edition, whereas the AMP1 Mercury Edition is a little more modern. It also sounds full and round, but comes with tighter basic sounds.

And if you like ultra-tight basses and uncompromisingly metal voiced sounds, the AMP1 Iridium Edition is the right choice for you.

There are loudspeakers that - due to their relatively heavy membrane and a relatively large voice coil - overemphasize the highs at low volume, and therefore sound unbalanced. They only sound round and pleasant at higher volumes.

Speakers with a lighter diaphragm and a smaller voice coil diameter, on the other hand, sound round and balanced even at low volume. In addition to old Celestion Greenbacks, all BluGuitar loudspeakers, for example, also have this feature.

Ultimately, in order for a loudspeaker to sound alive, it needs a certain amount of stress. A 4x12" cab with 100 watts of power (or more) does not sound particularly lively if it is loaded with 10 watts from the amp, because the speakers hardly move. A 1x12" cab with a lower output, on the other hand, starts to sound lively much earlier.

So you have to differentiate here too: depending on the performance of a cab and the type and number of speakers, there are guitar cabs that sound unbalanced and stiff when played quietly - but also those that show their liveliness even at low volumes and sound pleasantly round and fat.

The BluGuitar cabinets are designed with a very light membrane and a smaller voice coil diameter so that they sound very round and balanced even at low volumes. At the same time, they can withstand 60 (NanoCab, FatCab) or 150 (TwinCab) watts and are therefore completely sufficient to effortlessly fill a large stage with sound.

In particular, the NanoCab is ideally suited as a "living room cabinet" for low volumes thanks to the properties described above.